Why Newport? Why Didi Lorillard?

Wondering what Newport has to do with manners and who Didi Lorillard is? I’ll tell you.

Newport, Rhode Island, is one of the birthplaces of American culture. Newport’s historical and cultural background has made it a year-round tourism destination, as well as being a summer resort and hot spot for romantic assignations and destination weddings.

Newport was founded in 1639 to foster freedom of religion, which gave the young colonial town unusual demographics.  It was settled on a harbor at the mouth of Narragansett Bay, where Quaker, Congregational, Episcopal, Baptist and Jewish colonists survived rigorous winters in clapboard houses on the tightly knit Historic Hill.  They developed a successful way for people to co-exist, and side by side they built the oldest synagogue in the nation, the oldest operating library, and the oldest continuously functioning tavern. These early settlers of many faiths and diverse values learned to honor and respect each other’s space and opinions, and in doing so forged an exemplary model of behavior.

In the Gilded Age of the late nineteenth century, the trendsetters of new wealth chose Newport as a summer destination. On an island the size of Manhattan, they built replicas of chateaux they had admired in Europe. In these mansions, which they called “cottages,” they showed off their newly-acquired collections of art, antiques, splendid couture, jewels, and exotic horticulture. The “Newport Culture” of manners became a role model for everyday modern étiquette. It was a time in which ordinary Americans became increasingly concerned with “proper behavior”. Between 1900-1910, over seventy books on manners and étiquette were published, many based on the standard of the day, the 1884 “Manners & Social Usage,” by Mary Elizabeth Wilson Sherwood. As the American grande dame of étiquette, Mrs. Sherwood formally structured and addressed such subjects as, What is the etiquette of a wedding? How to host a dinner party. What to wear when and where? The social and economic interconnection that marked American society then is still alive in Newport today. 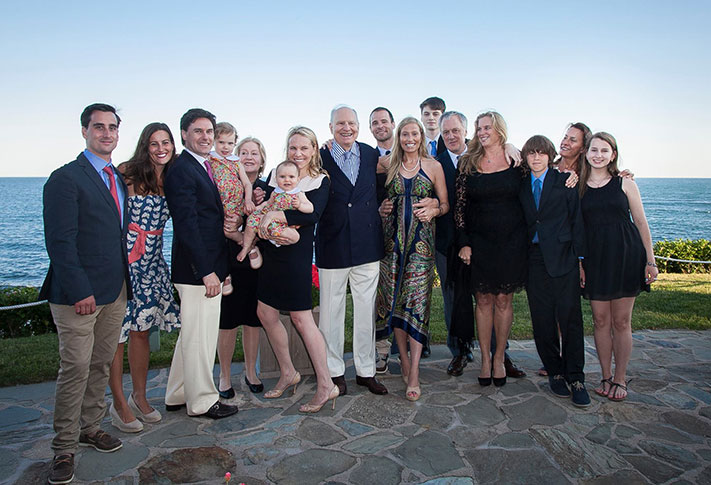 Didi Lorillard is a born and bred Newporter. While living in New York City for many years, she published New York, New York: A Counter Chic Guide to Manhattan and Buy the Best. She has worked at The New Republic, Saturday Review, and Mother Jones. Didi and her husband, historian Robert Cowley, currently live in Newport, where they are frequently visited by their many children and grandchildren.

When Didi told her friend and literary agent Esmond Harmsworth that she was writing a book called “Newport Etiquette & Manners,” he suggested that she start a website to find out what people really wanted to know about the subject. She launched NewportManners.com. Since 2002 readers from around the world have been asking her questions about manners; questions that often touch on problems that seem to them unsolvable – that can have surprisingly simple solutions. Each week four of the most topical étiquette questions from NewportManners on such subjects as weddings, entertaining, and relationships appear online in her weekly column at GoLocalProv.com and GoLocalWorcester.com news sites. Didi also lectures and works with individuals privately.