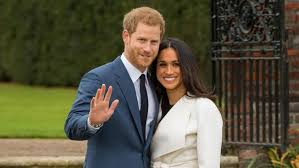 Talking about death is my subject.

My girlfriend has become radically dark. She talks about death even though she’s healthy and she’s only 24. I love her, but when she goes darkish, it scares me.

I don’t like to hear her talking about death all the time, What do I do?

Talking about death is never pleasant.
There is a mindfulness app for that. As a Valentine’s gift, for 99 cents a month, sign your girlfriend up to receive WeCroak. Each day she’ll be randomly sent five chilling reminders that death is inevitable.
The subject line will be like this, “Death Makes You Happy,” to remind her that time on earth is indefinite and has an expiration date.
The theory is based on Bhutanese folklore that proclaims that to be truly happy we ought to think about death five times a day.
Contemplating death is supposed to help one get a grip on life when faced with mortality.
They say talking about death helps people find inner peace.
According to the New York Times, talking about death is trending when apps such as WeCroak reminds over nine thousand users five times a day that they can find inner peace by reminding them that they’re going to die through the words of, perhaps, the Zen poet Gary Snyder.
If your girlfriend is using her iPhone as a source for clarity and peace, instead of as a stressful distraction, WeCroak could make her happier.
Bosker concluded: “Amid growing concerns over phone fixation, Silicon Valley has, in typical fashion, proposed technology as the solution; there are now more than 1,000 mindfulness apps designed to help us disconnect.”
Other mindfulness apps:

Ask Didi
your étiquette question
Explore
Didi’s collection of responses
discover
How To...
POPULAR TOPICS
We are always the same age inside. ~Gertrude Stein