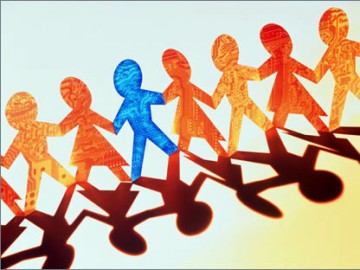 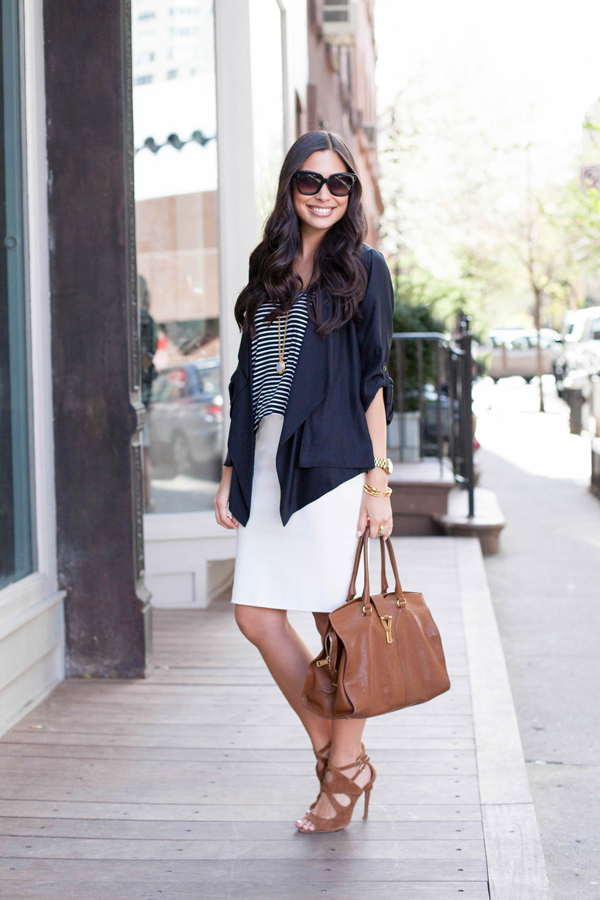 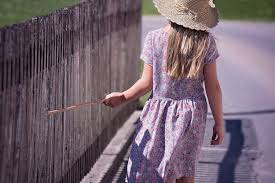 To Trust Or Not To Trust An Untrustworthy Neighbor
The Presidential Handshake — Mr. Trump’s Manners

What’s with the president’s handshake? Everytime we see a photo or YouTube clip of Trump greeting a foreign dignitary his handshake looks more awkward. He is having a wrestling match with Prime Minister Trudeau — which he lost, by the way. Where are the protocol people in the White House? What’s up with that?

In a show of control and intimidation, Mr. Trump shatters protocols with a handshake that has been described as disjointed and spastic.

As you say, using his handshake as a way of asserting dominance is awkward. Far from warm and welcoming, his presidential handshake is a bullying tactic, worse than invading personal space by standing too close.

When he then pats the hand, arm, shoulder or back of the person he’s greeting, it comes off as patronizing. It is painful witnessing him shaking hands with another man, because you see him trying to emasculate him by pulling him around as if he was a small child.

It’s the “old” used car salesman gimmick. Forcing the other person into a defensive posture by moving him or her forcefully into his sphere. A typical, “I’m stronger than you move.” His herky-jerky grappling style makes him look as though he’s going to rip the other person’s arm out of its socket.

A germophobe, notice that Mr. Trump rarely extends his arm to shake hands, so his fear of touching another person’s hand becomes a dominance/bully thing. In order to make the other person feel uneasy, he stands sturdy and pulls that person into his personal space, forcing him or her to look off-balance and clumsy.

In these photos of Mr. Trump shaking hands, first with Untied Kingdom Prime Minister Theresa May and then with Prime Minister Shinzo Abe of Japan, Trump pulls the prime ministers in toward him in an in-your-face move. The third photo shows him seated with Mr. Abe, shaking hands: the handshake becomes an arm wrestling match with Mr. Trump’s hand ending up on top. 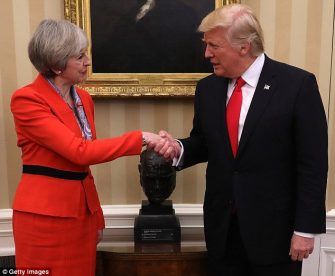 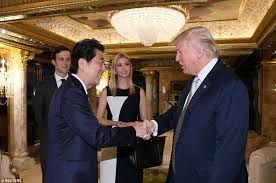 Here is Mr. Trump’s power-driven bonhomie of affection as he pulls the prime minister into him enclosing his hand, essentially making it known that he is in full control. It is the grab-the-hand-and-pull the other person off their feet trick. 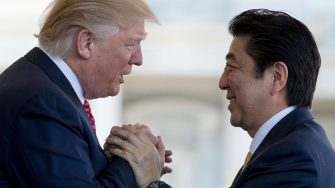 Here they are seated shaking hands after an arm wrestle that ended with Mr. Trump taking control and enclosing Mr. Abe’s hand with his two hands as he pats the prime minister’s hand in a patronizing manner. 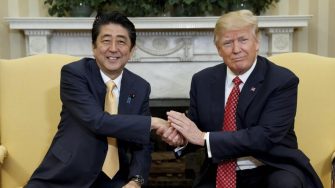 The pat on Mr. Abe’s hand showed dominance and, seated, Mr. Trump looks as though he’s giving the “death grip.”

Protocol is that to hold the hand of a Japanese prime minister for so long would be an affront to the culture — although a Japanese person would never complain. In learning the many customs of the Japanese business etiquette, foremost is the handshake.

Trump may have won the arm wrestle with Mr. Abe, but Prime Minister Justin Trudeau prevented Mr. Trump from taking control; as a boxer, he wasn’t going to let Mr. Trump emasculate him.

Mr. Trudeau took the lead by catching the president off guard by quickly grabbing Mr. Trump’s shoulder with his left hand steadying himself for a full potential pull.

Trudeau then brings the handshake close and toward his center, cutting off Mr. Trump’s leverage.

In pulling Mr. Trump toward himself with his left hand, it kept him in the right position for applying judo principles to his handshake.

At the joint press conference, Mr. Trudeau was an intelligent, articulate, and captivating speaker. Let’s not forget that the prime minister talked about welcoming 40,000 Syrian refugees that Canada just let in while Mr. Trump in his inarticulate childish way talked about how tough he is on immigrants. 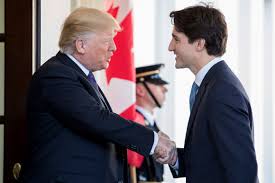 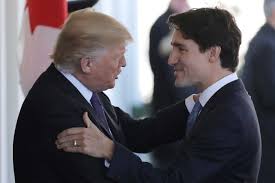 Mr. Trump’s handshake belies his business forcing the other person into defensive posture by moving him or her into his sphere. It’s a typical, I’m stronger than you move.

If the Trumps are so keen on meeting the Queen and Prince Charles while dining in Buckingham Palace, they need to seriously up their manners.

Ask Didi
your étiquette question
Explore
Didi’s collection of responses
discover
How To...
POPULAR TOPICS
When someone gives you a compliment, say, "You made my day."