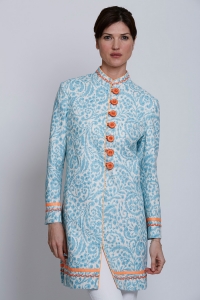 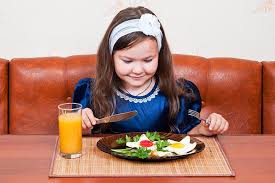 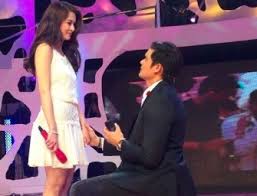 About wedding etiquette + coworkers, what do you do when one of your coworkers has a big wedding and doesn’t invite all of her closely-knit team?

The bride told me in February that I would be seated at a table with my coworkers at her September wedding, but the S-T-D and invitation never arrived for four of us. By the time the wedding came around, I was too disappointed to ask her “Where’s the invitation that you said would be forthcoming?”

It is a small hair salon with sixteen women stylists and beauticians and four of us were not invited. It was particularly awkward because our boss, who did her hair for the wedding and attended it as well, hosted a bridal shower for her in the salon after hours and invited all fifteen of us for champagne and cupcakes.

Some of us have been working in the salon for over twenty years and when there is a birthday, pregnancy, or wedding to celebrate, we all chip in and buy something significant from her registry as a joint birthday or shower present. That way we know we are giving her something she really needs and wants.

Not only that but working side-by-side on our feet for long hours, while sharing information, products and equipment, we overheard the details of her wedding and often ventured an opinion when the bride asked for one.

By the time the wedding invitations went out, we had all bought our coworker a wedding present. Sadly, four of us were disappointed that we weren’t invited to her wedding. It was hurtful. Luckily, I like the gift I bought her and am happy to keep it for myself.

However, that doesn’t solve the problem of what happens when she comes back from her three-week Hawaiian honeymoon. Everyone will want to talk about her wedding — everyone but the four of us who weren’t invited.

The fact that we weren’t invited will be the elephant in the room. Giving her our gifts would be guilt-tripping her and none of us wants to do that.

On the other hand, it would clear the air if we knew why we weren’t invited, or she apologized for not inviting everyone. Do we pretend we don’t care and aren’t hurt because we were excluded?

The problem is that you were led to assume that you would be invited to her wedding. You believed you were on the guest list and would receive an invitation. From the very start, the bride should have made it clear to all of you that she was having a small family wedding. That would be the clue that not everyone in the salon was being invited.

Understandably, over the course of hearing for months about the wedding preparations, her coworkers became somewhat emotionally invested in the wedding. Why wouldn’t they when they were being asked for their opinions and being feted at a workplace bridal shower? 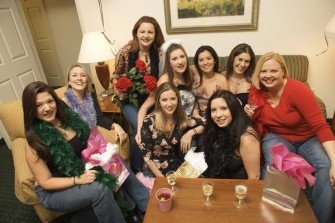 Look at it this way. It may have been seemed to her more polite not to invite four out of sixteen of her coworkers than not to invite only one or two. You all should keep the present you bought or return it.

When it comes to welcoming the glowingly tanned bride back to work, do so with a quick smile, and move on. Compliment her tan, ask about her honeymoon, but not about the wedding.

Of course, you can be sure that she will be dying to talk about her wedding with her posse, but let’s hope she will be too embarrassed to do so. 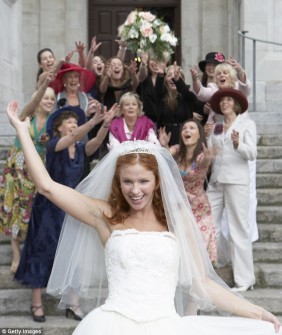 If she shoves wedding photos in your face, be polite, but don’t comment beyond saying something like, “Nice hairdo.” Which you’ll have to say, because your boss did her hair for the wedding. 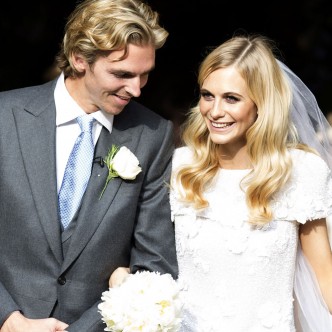 Ask Didi
your étiquette question
Explore
Didi’s collection of responses
discover
How To...
POPULAR TOPICS
The man who is always talking about being a gentleman never is one. ~R.S. Surtees