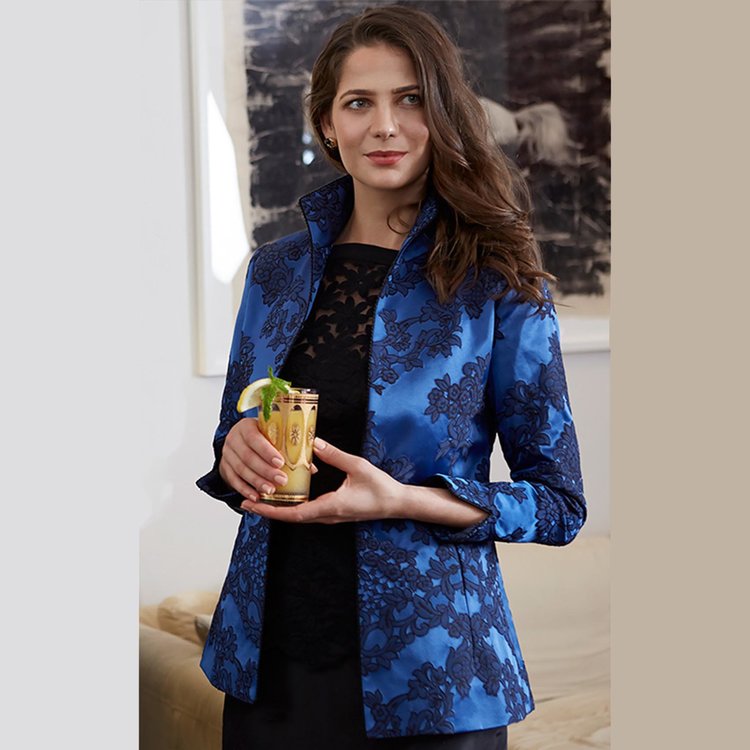 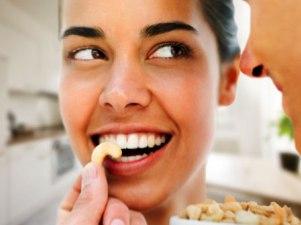 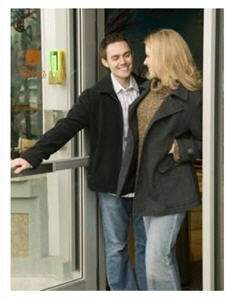 Ladies First
THE PROBLEM WITH PLUS ONE — Wedding Etiquette
We’re overwhelmed by the number of our friends — who after receiving their save-the-date cards — have asked if they can bring a plus one to our wedding this summer. The best man asked us if he could bring a mutual friend as his plus one. He wants to know if he can get him invited to our wedding!
We know the guy who wants to be the best man’s plus one, so if we wanted him to come to our wedding, we would have sent him a save-the-date card. How do we handle this?

The whole plus one situation can be murky. A guest bringing his own guest. Especially if the plus one knows the wedding couple and knows that he wasn't invited. A wedding isn't just any party. It is a celebration of a marriage.
You only invite people whom you like, like a lot, or love. If you, the bride and groom, had wanted the wanna be plus one at your wedding, you would have invited him.
What to know about plus one:
What people who haven't hosted a wedding don't know is this:
At this age when your guests are apt to be in one of the various stages of complicated, dramatic or knotty coupledom or uncoupling or single, choose your plus ones carefully.
Who gets a plus one to the wedding?
Important: On your wedding website, in person, and by word of mouth, get the word out that it is a "small wedding" and that you are not giving out many plus ones because you have a tight and concise guest list.
Be clear, your actual invitation list is key to controlling the amount of plus ones:

Ms. Annie Louise Kelley (plus one) 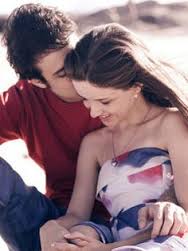 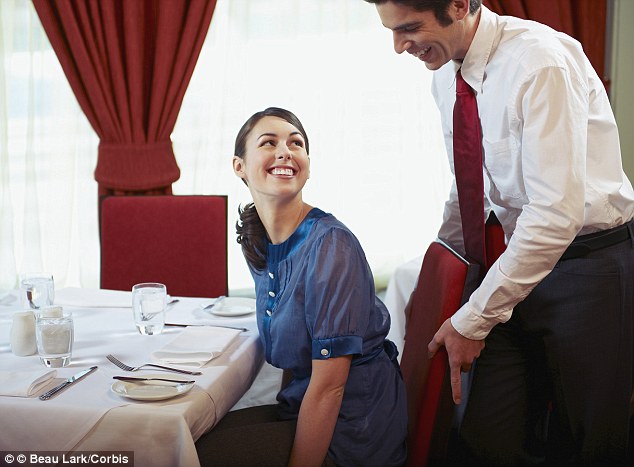 Does A Man Stand for A Woman? — Manners and Etiquette

We’re getting married in September 2017 and for both of us it is our second wedding. What can you tell us about weddings now after an interval of six years? Both or our first weddings were quite simple, but this time we’re going all out.

At NewportManners, we're seeing a lot of questions about the importance of having a pre-nuptial agreement. Also, problems tend to arise in unconventional families where there are different cultures and when step-relatives have to be placated by the wedding couple. Pulling it all together gracefully and economically are top goals. In a nutshell, here are the most asked questions that you should be aware of and talk about amongst yourselves: 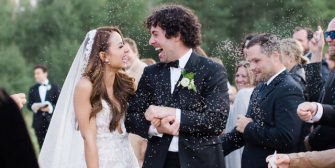 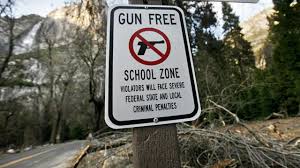 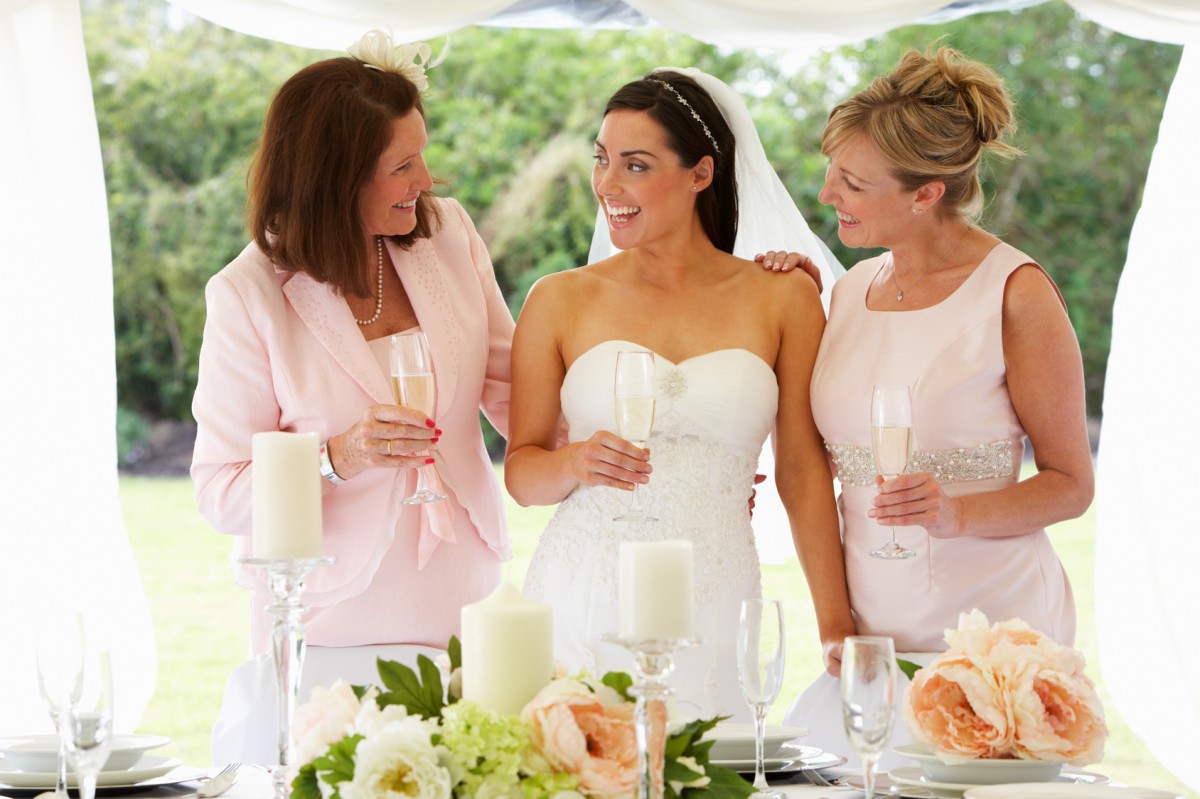 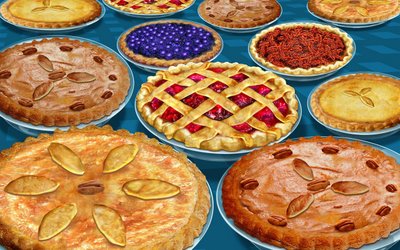 I have to provide a list of people (friends and family from my side of family) to be invited to my daughter-in-law’s baby shower. Many of the relatives are estranged. These would be some aunts and cousins of my son. I don’t know how to handle this. I feel silly inviting people I don’t talk to. They are my husband’s sisters.  Consequently my son has never gotten to know them or his cousins very well because of this. Yet, I don’t want anyone to feel slighted and make matters worse.

People like to be invited, but they also know that showers are a push for presents. Especially when they don't know the honoree, it can be awkward for both the inviter and invitee. On the other hand, family events such as a baby shower present themselves as a golden opportunity to catch up with estranged family members. Invite the relatives you would like to see again. The ones who live an hour or more away would not be expected to be invited. It goes without saying, those who have never met the baby's parents, would not be invited. What I'm suggesting is to invite relatives you would like to reconnect with and/or generally adore, and do not stress yourself out about the others. Everyone knows you cannot invite everybody, so invite those whom you are fond of, as well as those who have invited you to similar family events. 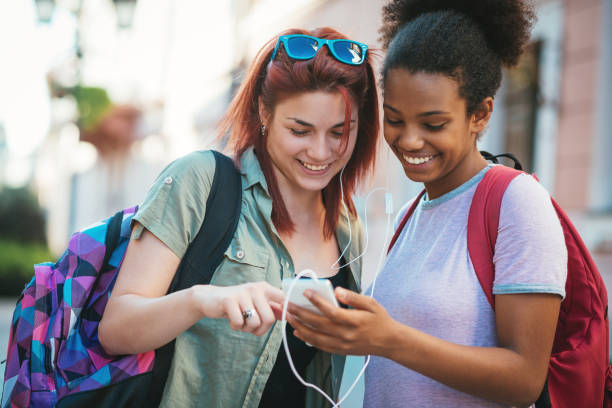 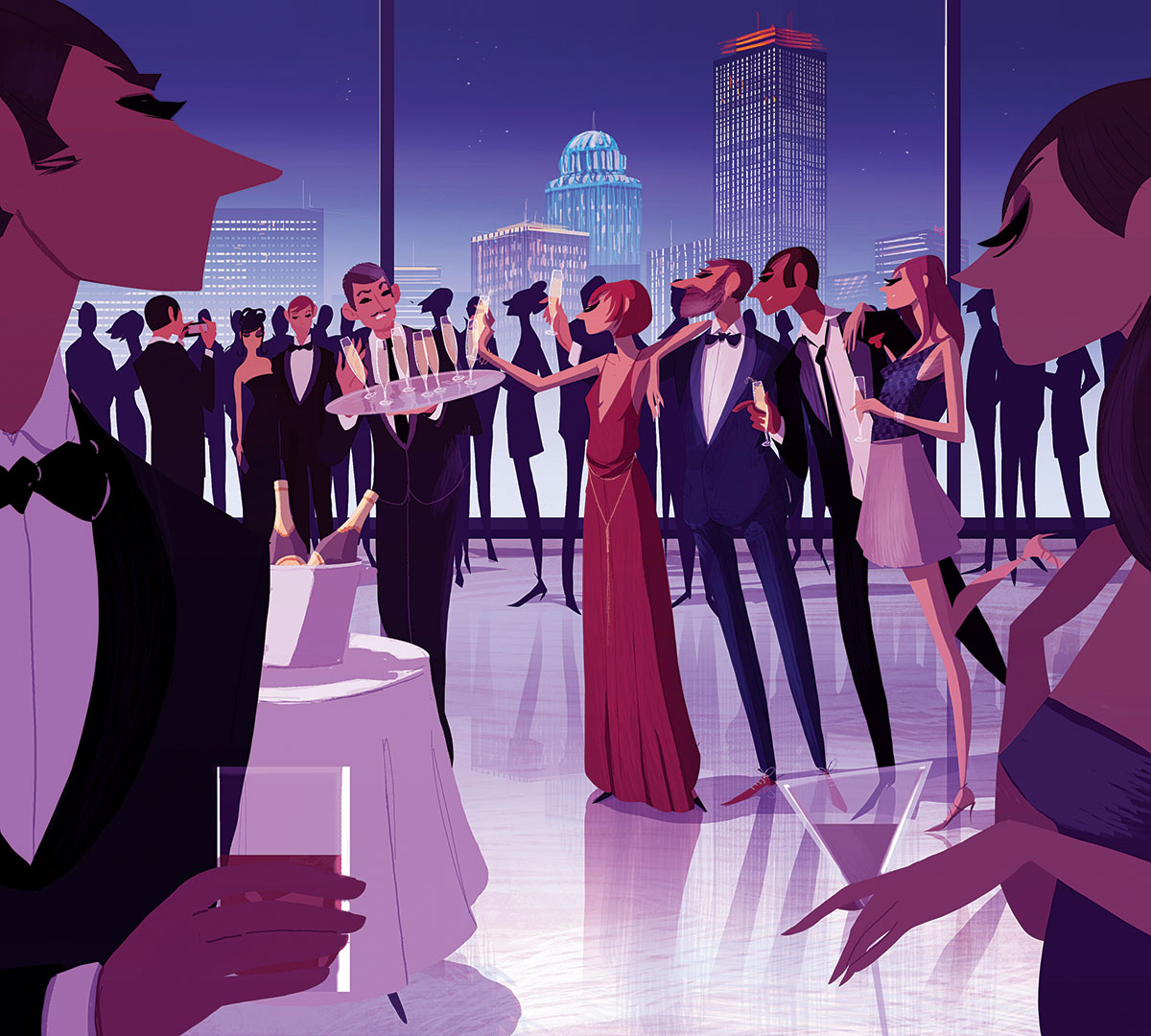 How to Get Out of A Social Obligation 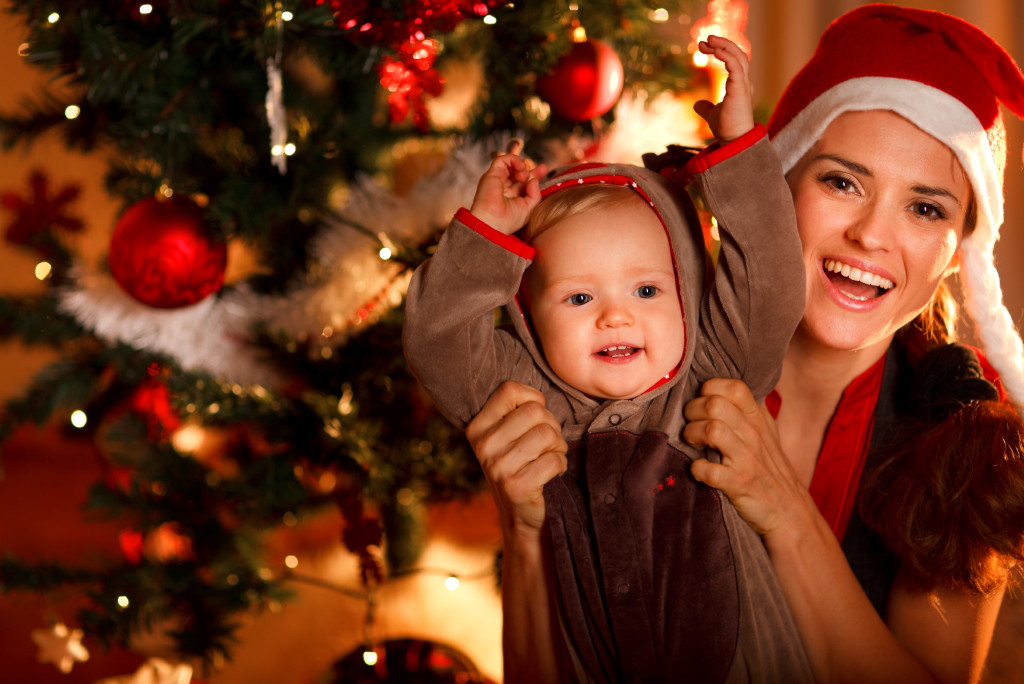 What age is appropriate for children, under the age of 18, to attend a 4:30pm wedding and reception afterwards, in a large country club? And what should a girl of 10, and boys wear for this event? Thank you very much.

In my humble opinion, children under 21 do not belong at grownup parties where alcohol is being served. Even children who are part of the bridal party, such as ring bearers and flower girls, after attending the ceremony and photo shoot should be taken home. An exception would be a big family wedding where activities have been organized and caregivers are on hand to supervise. For insurance/liability reasons, country clubs have become careful (with good reason) about not allowing children into areas of the club where alcohol is served. Signs at the bars say, No Children in The Bar Area. Children means anyone under the legal drinking age of 21. Teenagers should be forewarned. If it is not an adult only wedding and your children have specifically been invited by name, then the club has agreed that children can be present and are taking on the liability. If you are not sure, call the host to ask a couple of questions: Will there be other children my children's ages? Will there be accommodations at the reception just for children? For instance a children's table and/or a separate room showing a movie such as 'Frozen'? In other words, how will children be entertained over the course of a three, four or five hour reception that includes a cocktail hour, dinner and dancing? Now that that's out of the way, let's dress the children. When the wedding invitation does not specify Black Tie or Formal Attire, you can assume the dress code is Suits & Dresses. A teenage lad would wear a suit, or at the very least a jacket/blazer, with dress khaki trousers or grey flannels, a collared-shirt and handsome tie. That is the dress code for boys ten years and older. A ten-year-old-girl would wear her best party dress, tights, and party shoes. We do need to caution you about bringing children to a large country club wedding. If there are not any children their age, they may not have a good time. At any rate, you'll have to keep a constant eye on them when you should be having a good time yourself. 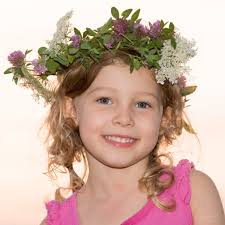 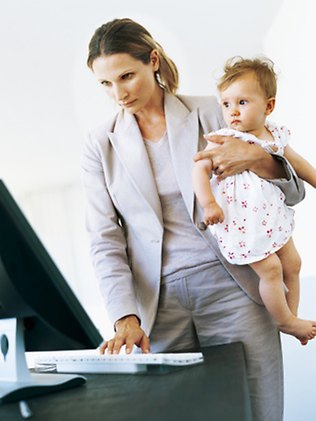 Why Don’t Women Ask for Help? 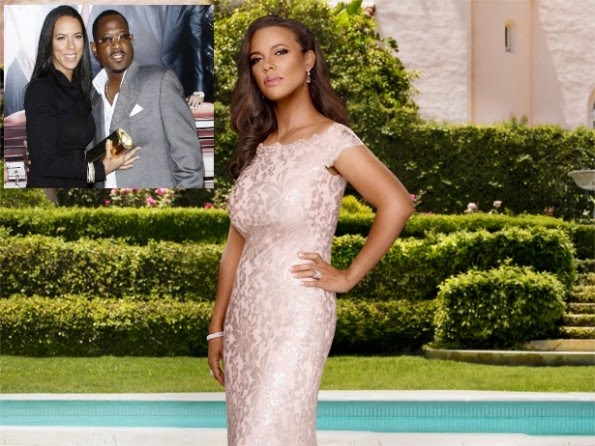 My granddaughter is getting married next summer. She knows that my husband and I have many friends, and she wants us to invite some of them to the wedding. Her mother, my daughter, is divorced and has very few friends so I feel that we’re supposed to compensate for that. But most of our friends are members of our congregation and my granddaughter hasn’t participated in that and doesn’t really know most of our friends. It feels odd and uncomfortable for me to invite them. I’d appreciate your advice and opinion.

It is incredibly thoughtful of your granddaughter to encourage you to invite your friends to her wedding. Most of the time relatives complain that they want to invite friends, but cannot. On the other hand, just as you would not attend the funeral of someone you never knew, you wouldn't attend the wedding of someone you don't know. Set your criteria for which of your friends you feel comfortable about inviting. In other words, the criteria would be that your guests would have met your granddaughter before the wedding. That should narrow your contribution to the list down a bit. Have a frank and clear discussion with your granddaughter. Tell her it would be awkward for you to invite friends who did not know her: people don't go to weddings when they don't know either the bride or the groom. Say you would not want your friends to think you are inviting them as a push to get more wedding presents for your granddaughter. If she is old enough to get married, she is old enough to understand that people are wise to the fact that when being asked to attend a wedding of someone they do not really know, it is a push for a present.

Read More…
Ask Didi
your étiquette question
Explore
Didi’s collection of responses
discover
How To...
POPULAR TOPICS
Happiness is nothing more than good health and a bad memory. ~Albert Schweitzer